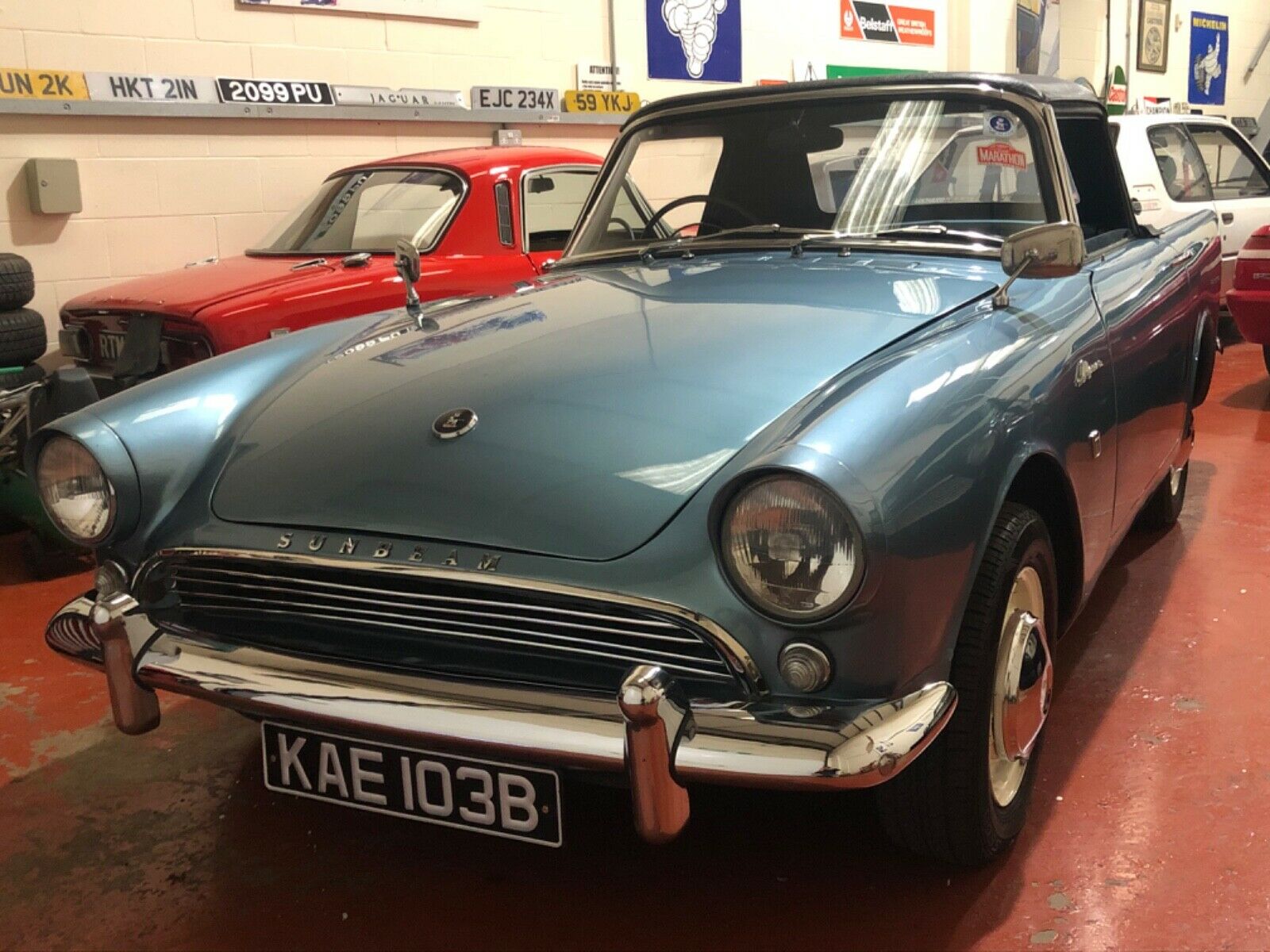 1964
Sunbeam Alpine
Series 3 “Soft Top”
Sports Car
Finished in Quartz Blue metallic with white wheels this Alpine really looks superb.
The car was fully restored a number of years ago and still looks great. This car has enjoyed an interesting life, when restored a good number of years ago it won a concourse prize at a Sunbeam Alpine owners club national day then it went on to run in several classic rallys & Classic Marathons including Liege to Rome. It’s a car that has been loved and enjoyed. It has been under the same family ownership almost all of its life purchased new in January 1964.
Bodywork.
Is in lovely condition, nice straight sides with good panel gaps. On close inspection there’s the odd mark but overall it’s in really excellent condition. Bumpers and body fittings are all in very good condition.
The interior is in great condition, the seats have been professionally recovered and fitted with new carpets, soft top roof is in very good condition. Also it comes with tonneau cover.
Mechanically the car runs and drives great. It has had many sensible upgrades including servo assisted brakes, larger radiator with new hoses & Kenlow electric fan, Weber carburettor etc
Cylinder head has been polished & ported and modified for unleaded fuel.
These Series 3 cars in my opinion are the best of the Alpines and only produced between 1963 > 1964, still retaining the high wings but having the better interior with reclining seats and quarter light windows. They only made just over 5000 Series 3 cars this includes the GT models, this being a factory soft top it is a very rare car.
The car comes with an interesting history folder which includes old Logbooks, lots of previous M.O.T. certificates and lots of photographs of the car. Pictures from its early days in 1964 touring Ireland through to its later rallying. Plus it comes with its FIVA vehicle identity card. Old sales brochure, factory workshop manual.
A lovely car, very similar to the Sunbeam Alpine featured in James Bond “Dr No”.
BOOK A VIEWING
By RussellOctober 4, 2020
Recent Car Listings