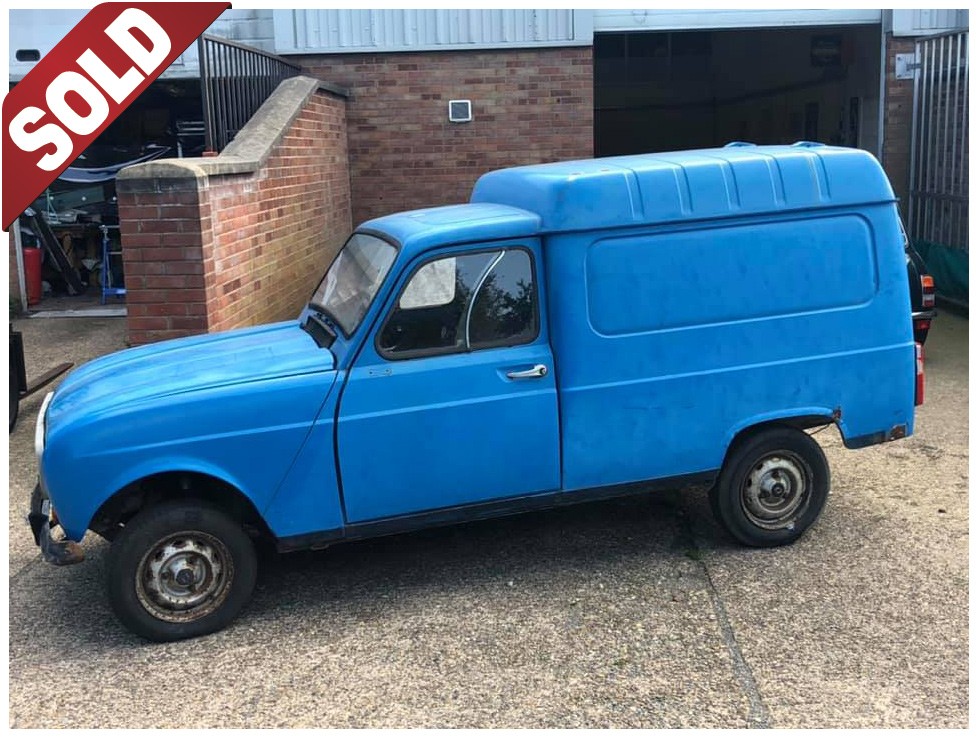 This van has been off the road and in storage for a number of years and now requires full restoration.

At one time on every road and street across the country you would see Renault 4’s one of the most popular vehicles. But now a Very rare sight.

The bodywork needs plenty of love but on closer inspection it’s a very straight genuine vehicle that doesn’t appear to have lots of previous poor repairs. Sometime ago it was fitted with 2 new genuine front wings. The bonnet is in great condition as are the inner front wings.

Interior is in very good condition it will benefit from a clean but everything is in place.

Mechanically the engine turns over ok but I’ve not attempted to start it.

It comes with a selection of spare parts including boxed genuine Renault back lights etc.