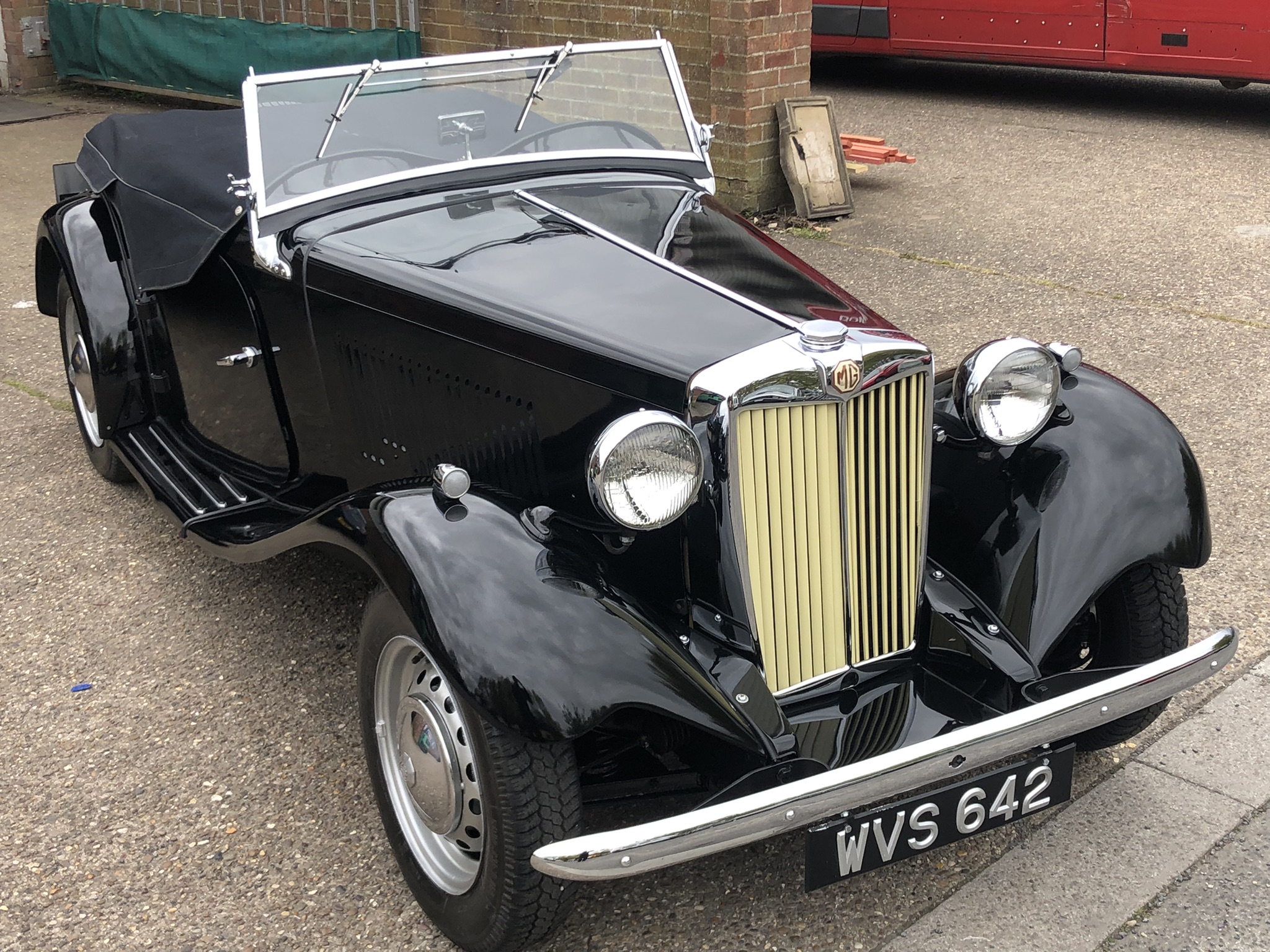 According to the T-Register’s Factory Production Records, chassis TD22283 was built to right-hand drive export specification on 28th November 1952. Handwritten correspondence on file suggests that the MG belonged to several members of the British Army during its early life and might even have spent time in Brunei.

Repatriated during the early 1970s, the TD was treated to a protracted twenty-year long restoration by previous keeper Ian Whitwam which culminated in it passing an MOT test on March 26th 1993 and being registered as ‘WVS 642’ with the DVLA. Accompanying invoices show Naylor Bros were responsible for renovating the chassis and gearbox, while fellow marque specialist Anthony Brier not only completed the refurbishment but also updated the two-seater with a higher ratio (4.3:1) crown wheel and pinion and seatbelts in 2003.

The car remains in superb orider despite nearly three decades elapsing since it returned to the road. Understood to have been a former show winner, this charming TD runs and drives really well